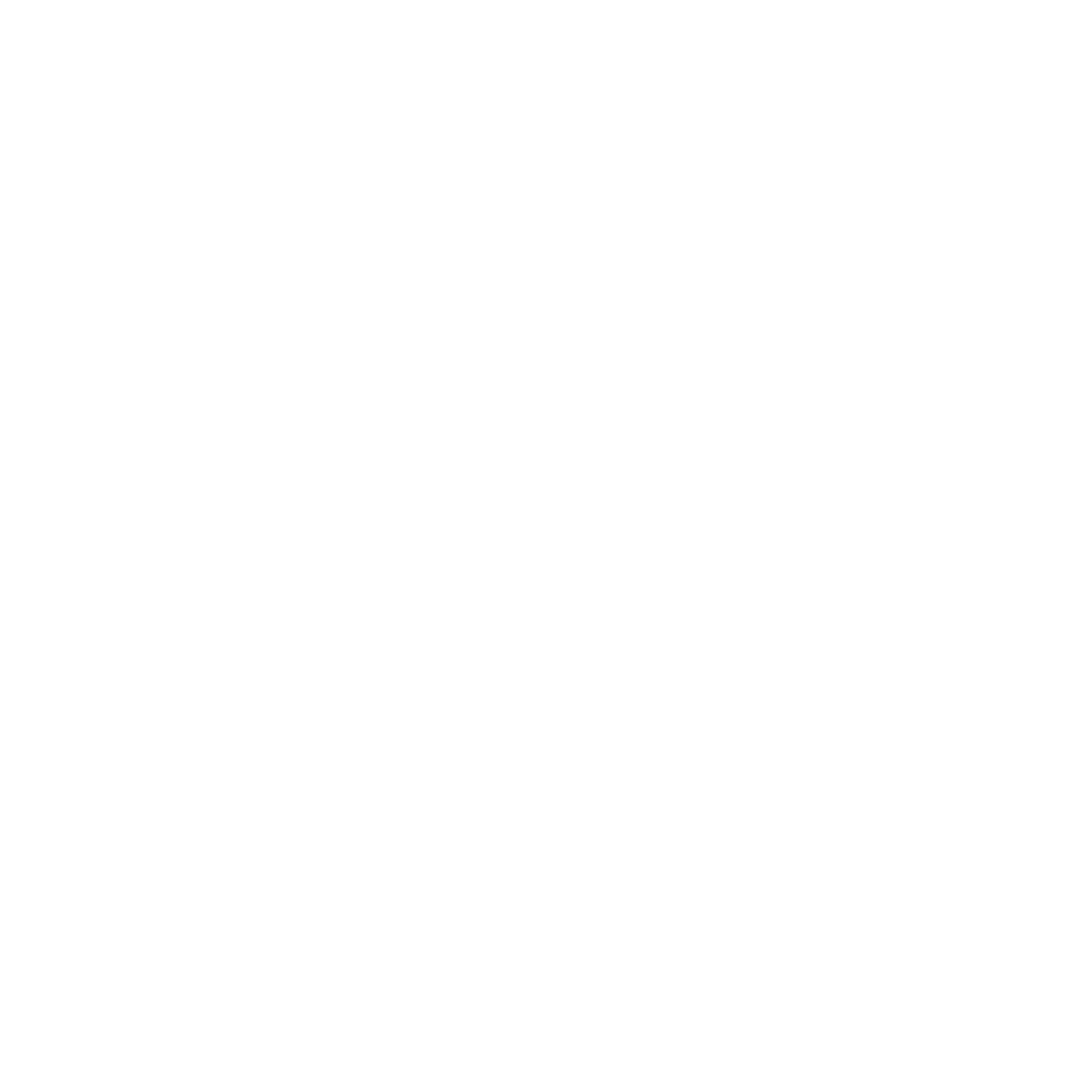 3 Reasons Why Trying To Be Happy Is Ruining Motherhood

A few years ago there was a quote card being shared all over social media that said "Your child doesn't need a PERFECT mom, your child needs a HAPPY mom."

And it sounds good right?

But what if being happy all the time is is just as difficult as being perfect?

Motherhood is a challenge. Period.

And you can run the gamut of emotions in just one day, but then we also have all of the outside circumstances that are happening.

As of right now, we are about two years into COVID and everything that has come along with that. And while our outside circumstances do not create our feelings (even though we think they do -- that's for another day), it does affect our experience.

So today, I want to talk about TRYING to be happy, and the detrimental effect that it has. 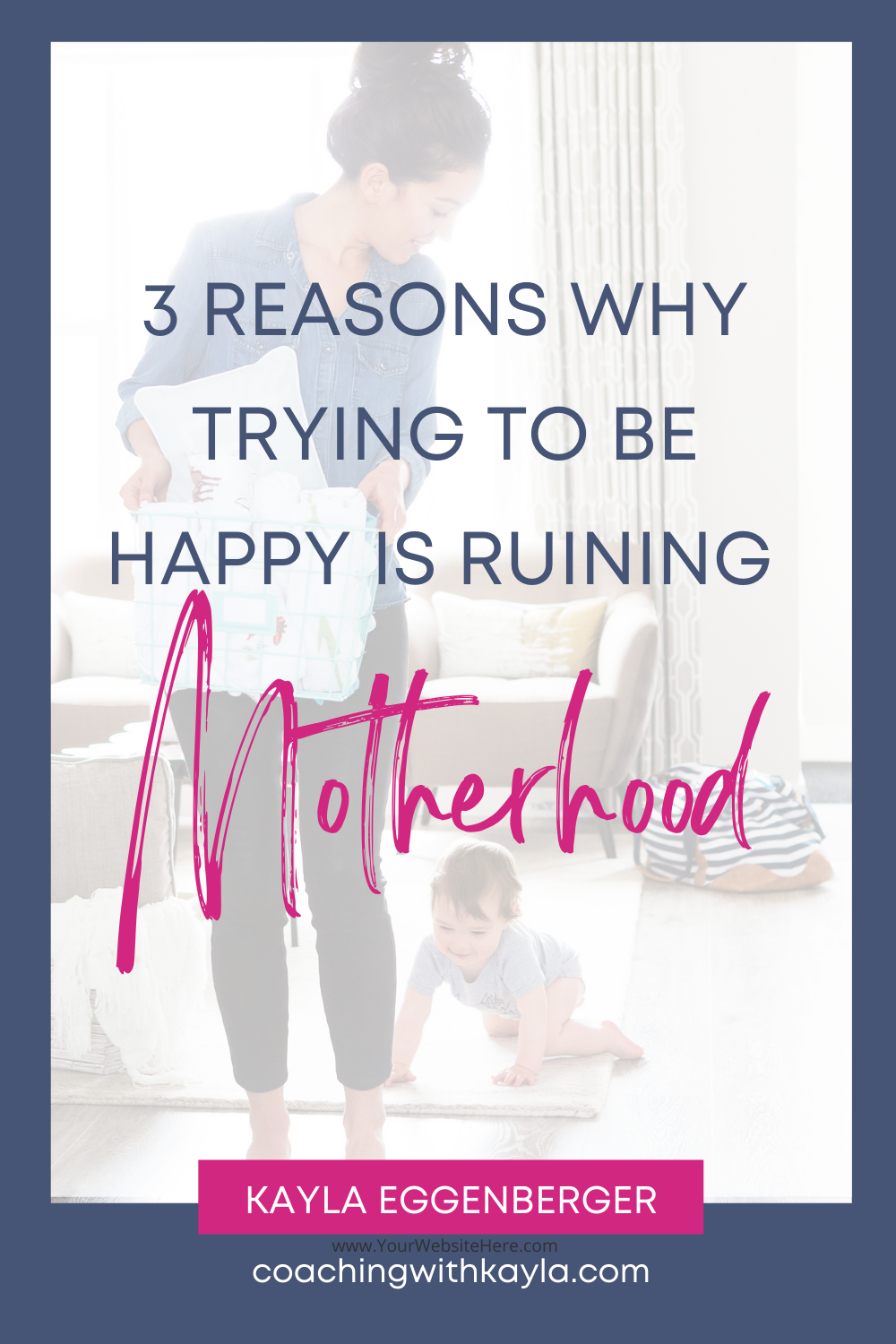 Listen to the podcast...

I've been hesitant to share this (because -- unpopular opinion), but I think it needs to be said.

THERE'S A BIG DIFFERENCE BETWEEN TRYING TO BE HAPPY AND ACTUALLY BEING HAPPY.

As promised, here are the 3 reasons why trying to be happy is ruining motherhood...

Trying To be happy doesn't work.

Seriously, it just doesn't work. You know it, and I know it.

It's also lying to others. It's not showing them authentic emotion and what's really going on with you.

Now, I'm not saying you need to explode all over your children in anger or anything like that. I'm just saying this idea that one must be happy and plaster on this big smile whenever that is not really what's going on inside keeps people from knowing the REAL you. Plus, it keeps you from being able to reach out and access help.

So now you've got whatever was going on before (whatever you're feeling that isn't happy) PLUS you have the feeling of failure -- which definitely doesn't help things any. Most likely, you're also feeling frustrated, and if you're a mom, you're probably also feeling guilty.

(Because, hey, that's what we do and maybe you read that quote card have this belief that you should be a happy mom, that your kids need a happy mom, and you're screwing it up.) 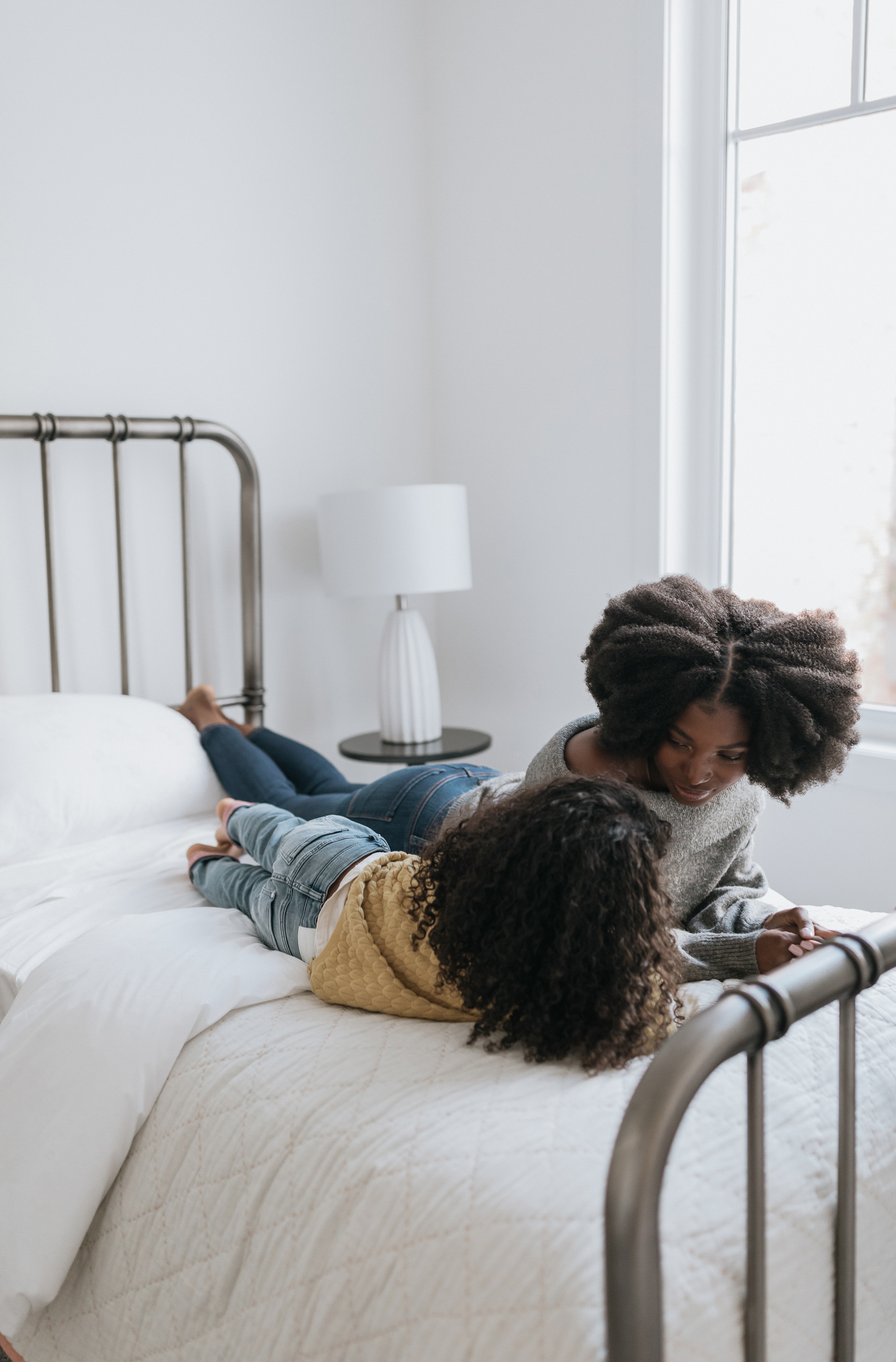 It Keeps You From Feeling Your ACTUAL Feelings -- and dealing with them. 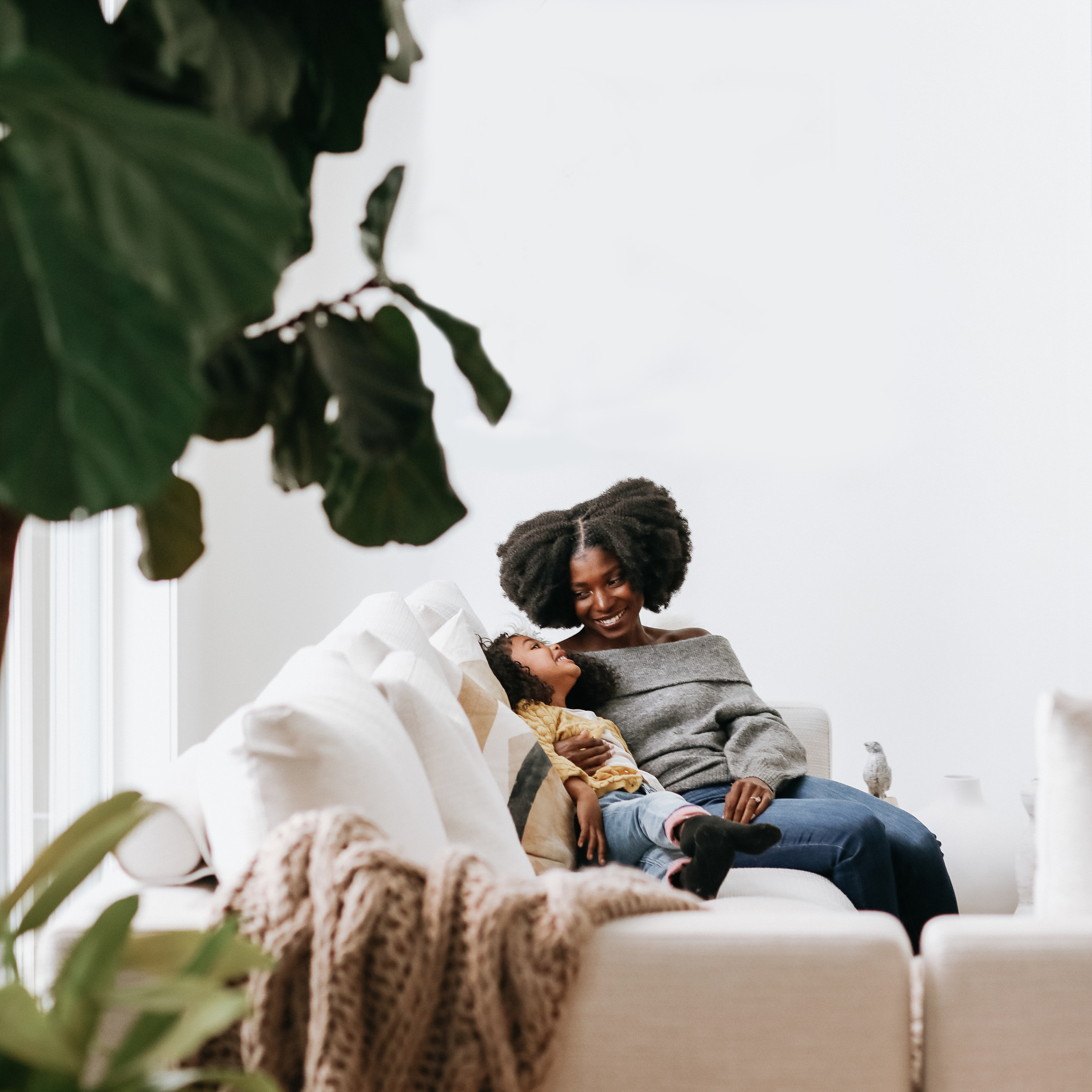 Now, this is really, really important, because whenever we don't actually feel our feelings, a lot of times it leads to buffering.

Buffering is something that you do whenever you are trying to AVOID feeling your feelings -- usually an unwanted behavior.

It looks like maybe bingeing on Netflix. It looks like overeating, over drinking, overspending. Those kinds of things. They're unwanted behaviors that we do to try to avoid feeling whatever we're actually feeling -- and make ourselves feel better in the moment.

When you force yourself to be happy and put on a "mask" it leads to unwanted behaviors.

Don't get me wrong, there's nothing wrong with doing a good binge session on a show that you really love.

But you know the difference between doing it because, "Yay! This is a show that I love," and, "Oh. This is me doing it to numb out and avoid what's going on in my life."

You Actually Show Up Worse Than You Would Have Before

And I would even say that whenever you are going for an emotion of happiness, focusing on yourself, and (what you are doing wrong) is not a great way to make that happen.

I'm Going To Propose Something Different. 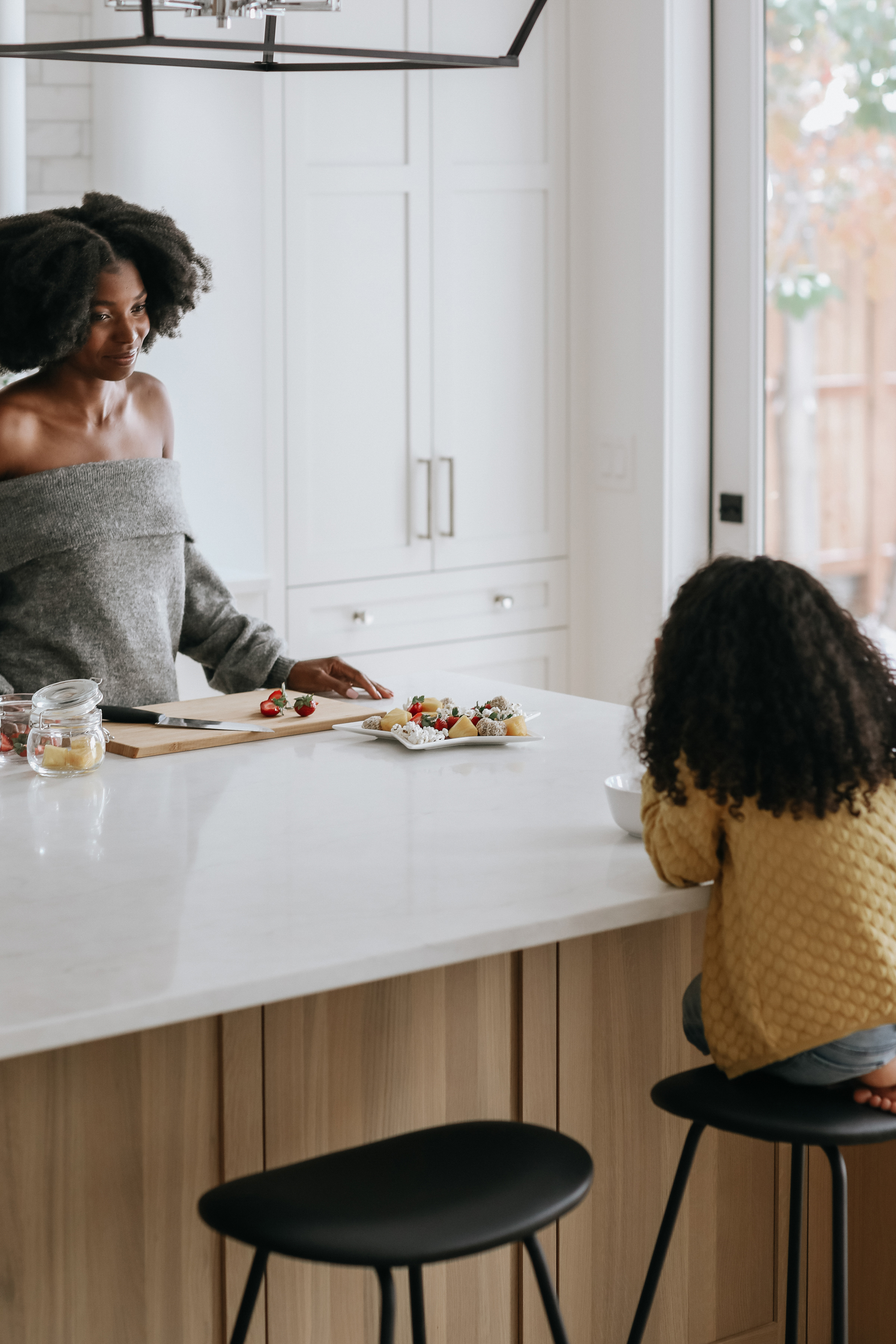 I'm going to say that your child needs a mom that's willing to feel her emotions, and can also teach her, the child, how to do the same. This is not easy work, but it's certainly more actionable and it will give you much better results than trying to be happy.

When my oldest daughter was very little, our second daughter passed away. Happiness was not an emotion that I was feeling a whole lot during that time.

I remember talking to her pediatrician at one of her well-child checkups, and he told me, "Let her see your emotion. Don't hide it from her. Let her see you go through the process of grieving. Let her ask questions. Don't try to slap on a happy smile and pretend that everything is okay when everything is not okay."

When you are willing to really feel your emotions you increase your capacity for happiness and joy.

It's kind of weird how that works.

It's kind of like there's this continuum of feelings, and if you're not allowing yourself to experience the really "negative" emotions, you prevent yourself from experiencing the really good ones as well. But if you DO allow yourself to feel the negative, you also open yourself up to the positive.

This also results in less buffering behavior. I've noticed this in my own life. Whenever I am trying to fake it till I make it happiness-wise, I am not showing up the way that I want to. That's when I would binge out on Netflix and I used to drink more alcohol. I think this is common for a lot of moms -- that's why there's all the mommy-wine jokes.

For a lot of moms, it feels like the top is about to come off the pressure cooker. We hold it all in (trying to be happy), and then it explodes all over the kitchen ceiling. 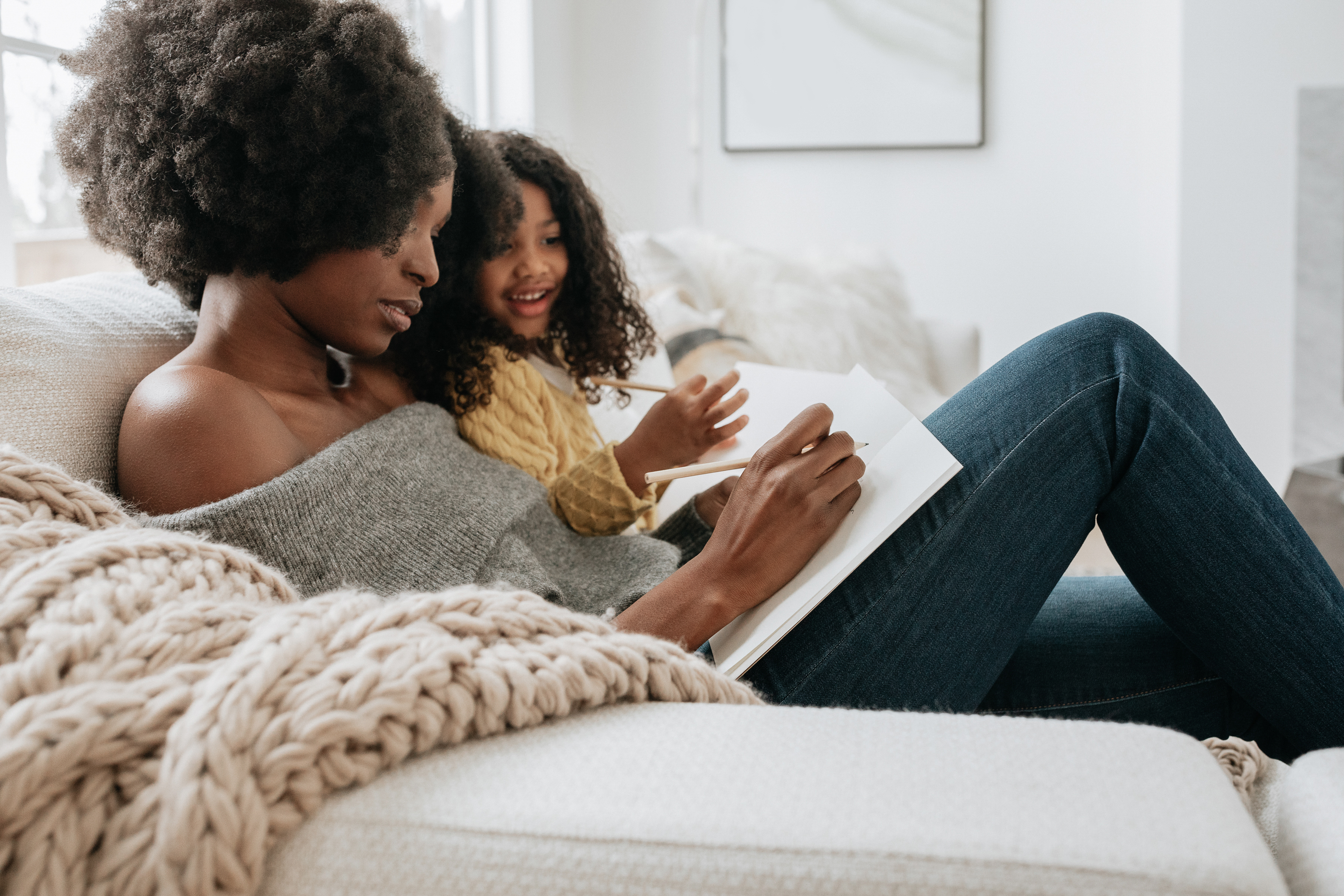 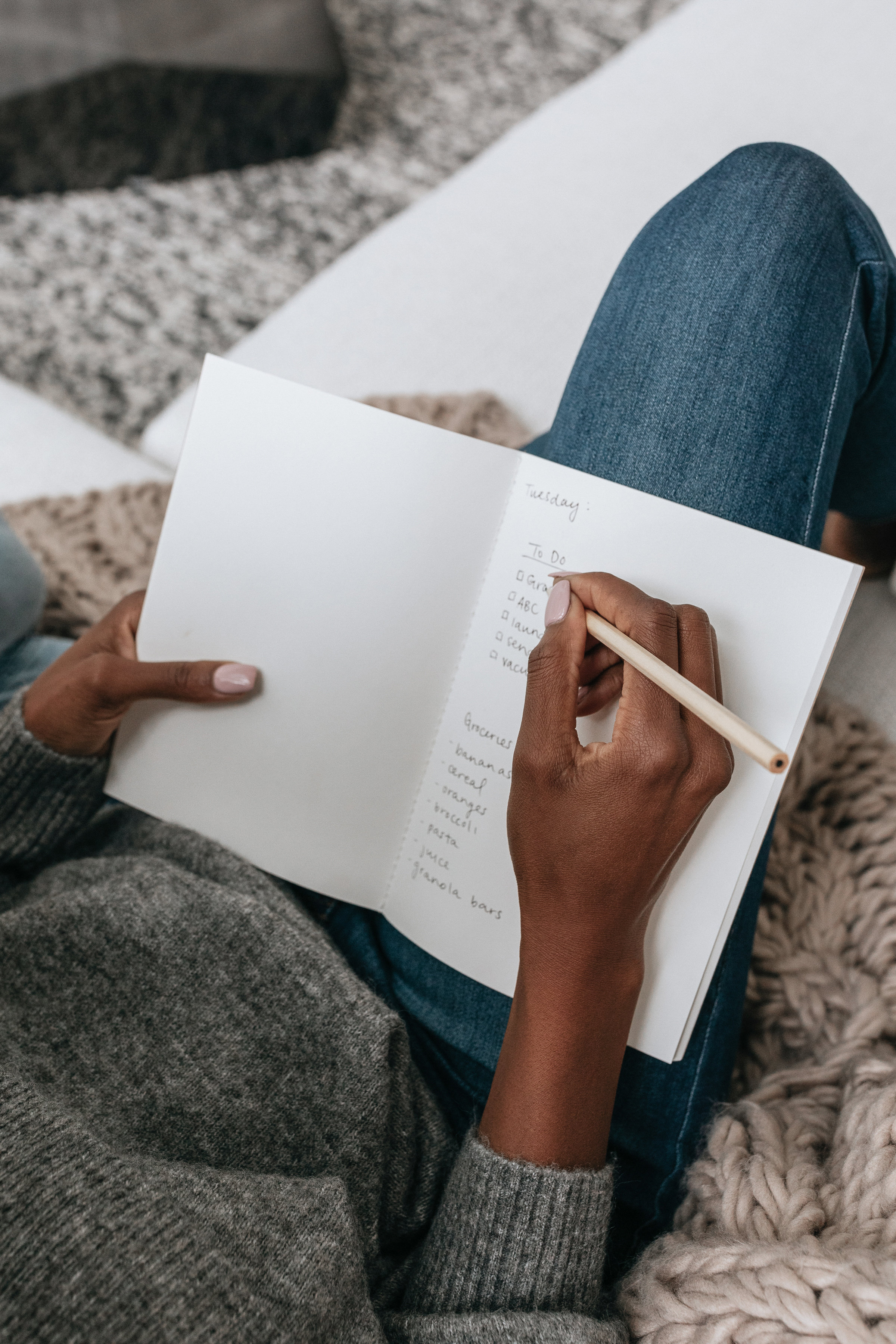 but if you are willing to really feel your feelings and not pretend you are experiencing something else...

You create so much Power in your life.

Because what keeps us from doing the things that we want to do, pursuing our dreams and goals, and showing up the way we are called to in the world is the FEAR of a negative emotion. It often looks like avoiding feelings of failure, shame or disappointment.

Otherwise the world would be deprived of my darling 4 year old.

I want to offer this one last thing in closing. it's something I've learned through my (multiple) grief experiences.

And it came from this IMMENSE loss, but I watched God use it for SO much good in my life, and for those around me.

And I bring this up because I just want to offer that the purpose of our lives, the reason that we're here on the planet, is not just so we can be happy.

A lot of that deeper purpose is fulfilled through challenging circumstances and even through tragedy. A lot of it comes through going through a refining fire and coming out the other side.

The adversity in our lives gives us the opportunity to learn and grow -- spiritually, mentally, and physically.

So mama, I want you to know it's okay if you aren't happy. Be honest with yourself, because that is how you're able to move forward.

Remember, you were created for a purpose.

And I believe in you.

Now go do something awesome!

P.S. My mission is to help you design a life you love -- one powerful decision at a time. You can get started RIGHT NOW by grabbing The Super Simple Life Checkup. Click here. It's free. 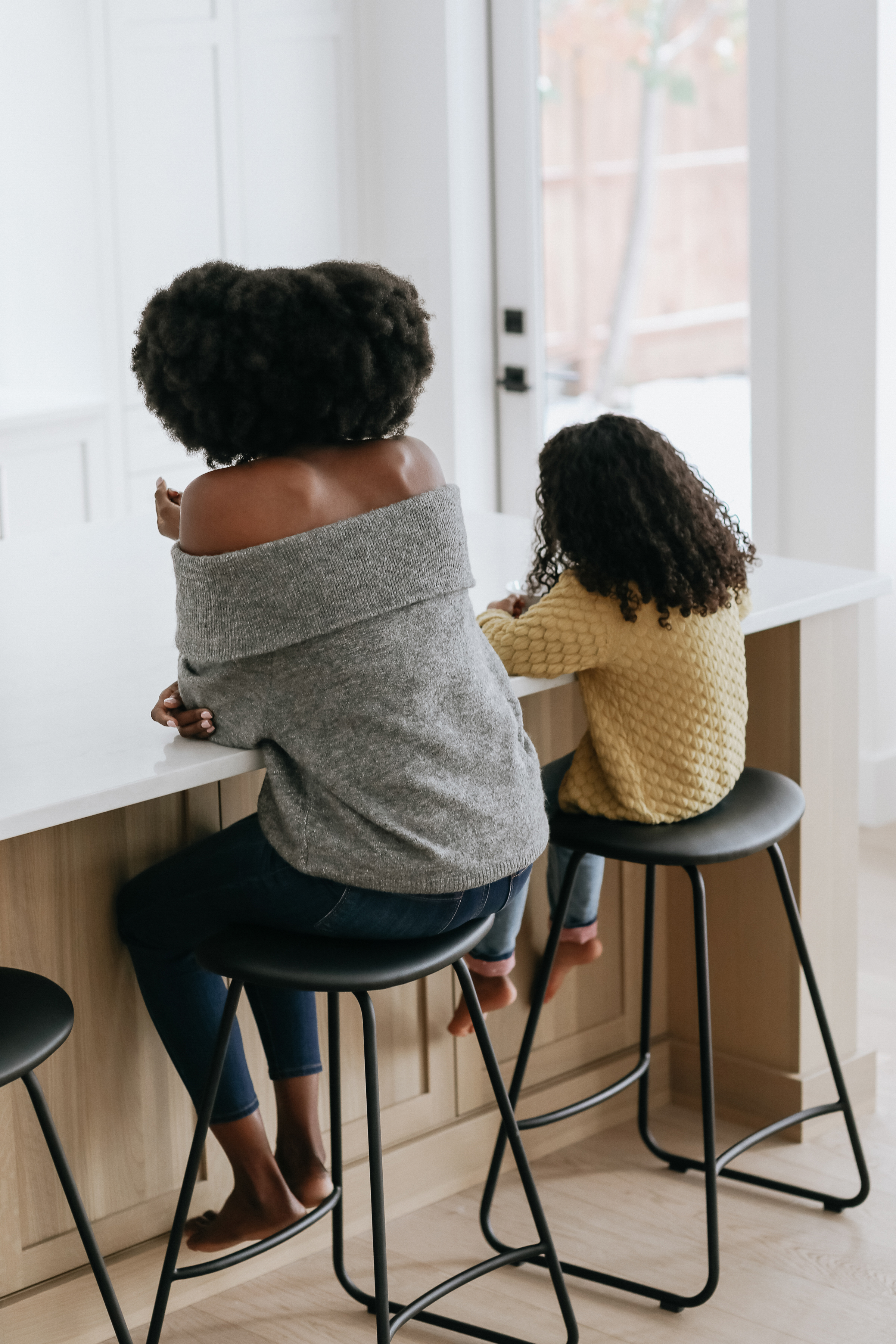 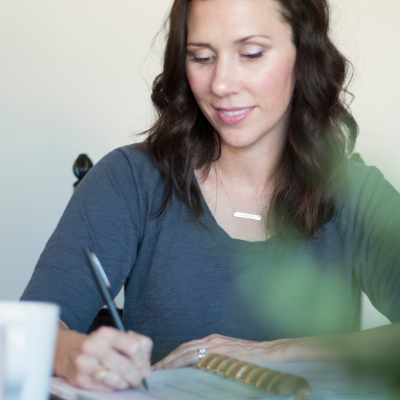